You’ve spent years building your record collection. You’ve dedicated weekends to searching for hidden gems in record stores and carefully curating your discoveries. You worked hard, because you love music. We worked hard creating Alva TT, because we love music too.

Bluetooth aptX HD liberates your record player from the hi-fi rack. With the freedom to place Alva TT anywhere you like, your records are invited into the lime-light. Your music can be streamed from Alva TT to any Bluetooth receiver at up to 24bit/48kHz Hi-Res, which means you’re guaranteed an authentic vinyl experience, wherever it’s placed. 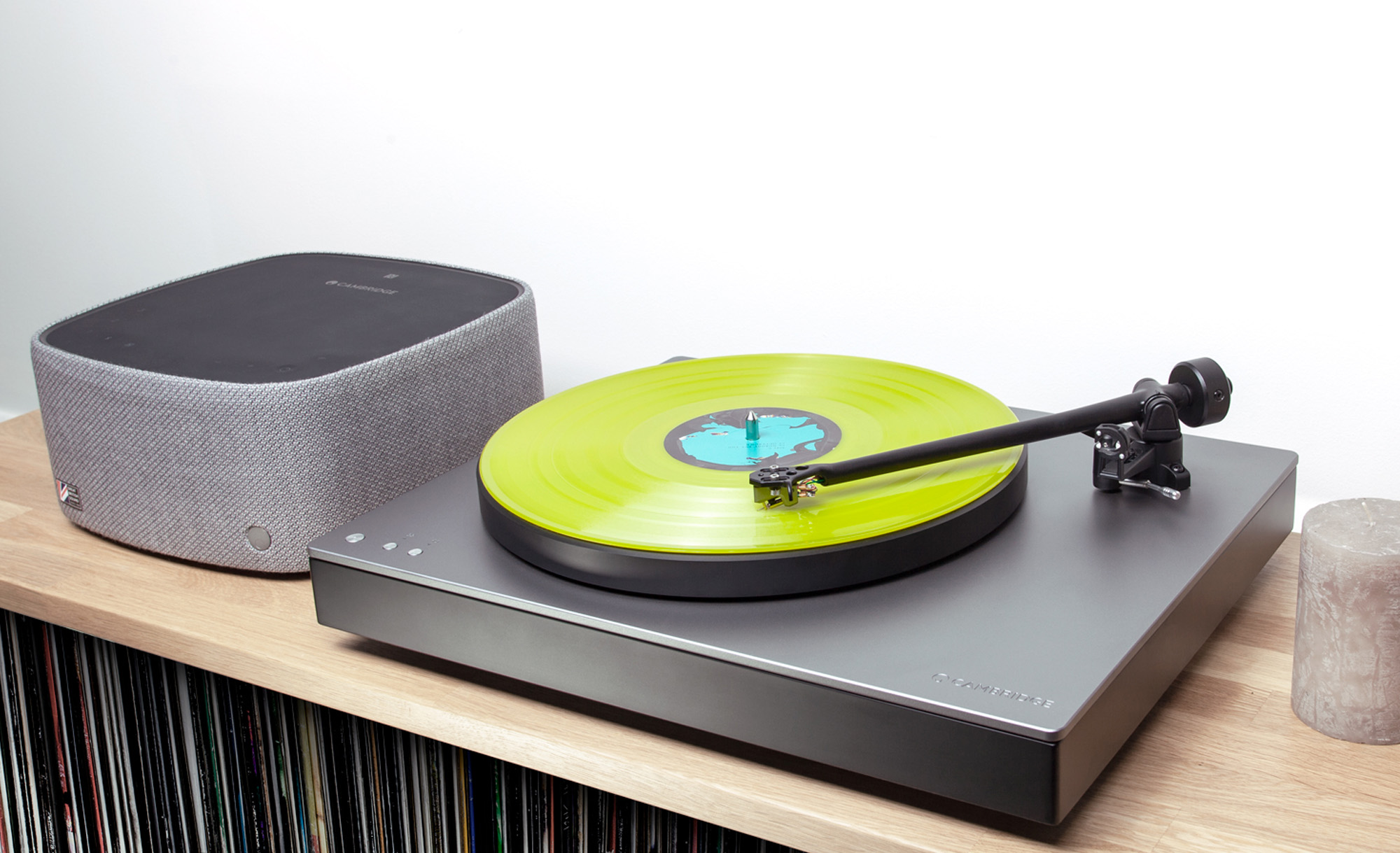 Alva TT’s custom designed, integrated phonostage simplifies process of a physical connection - removing the need for extra boxes in your set-up. This phonostage builds on the success of our award-winning, 5-star standalone pre-amplifiers, the Alva Solo and Alva Duo, reducing unwanted noise while preserving the characteristic warmth of your vinyl. 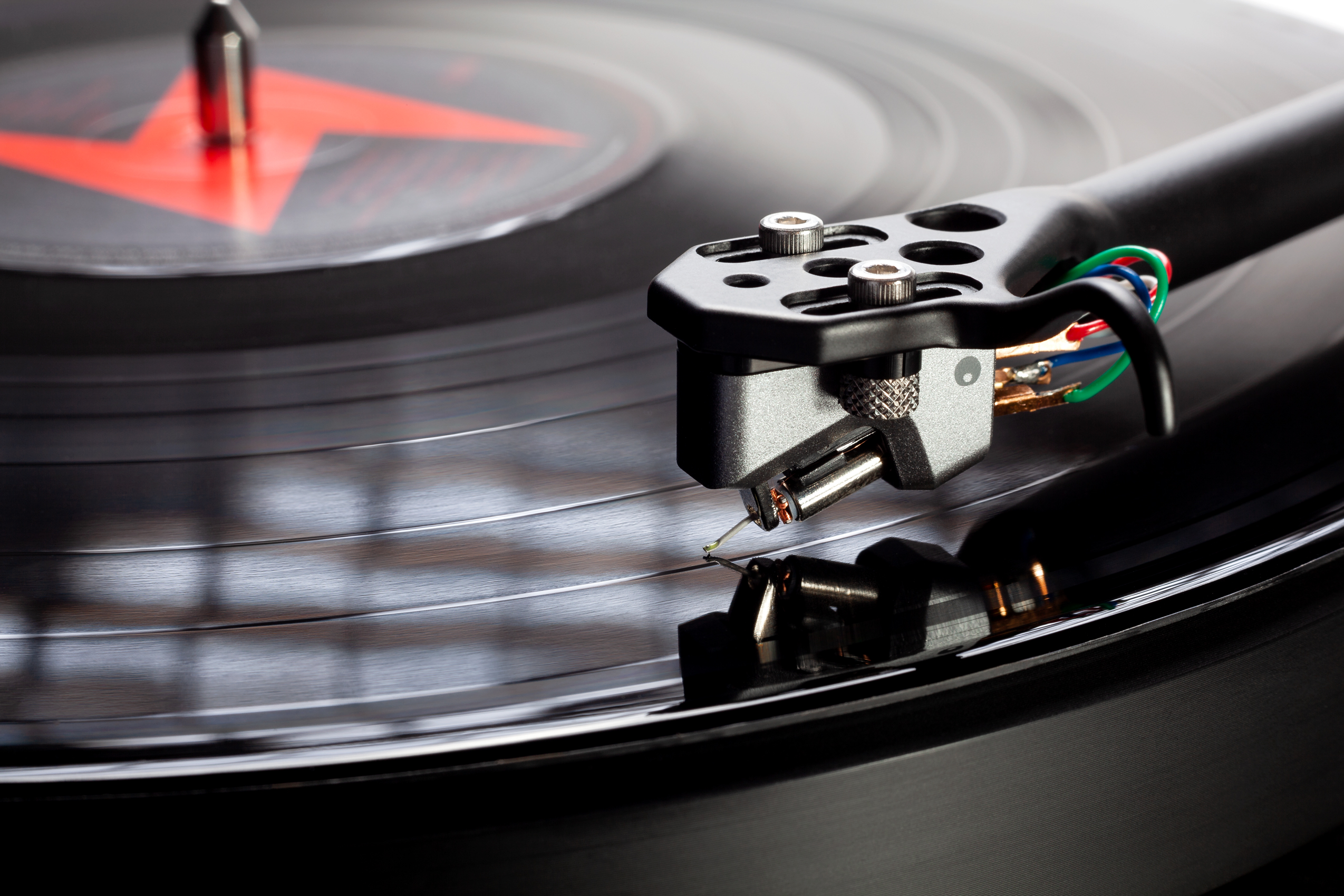 The cartridge on the Alva TT is pre-installed. There’s no tricky set-up needed, and it’s perfectly matched to the other components in the turntable.

We opted for a High-output Moving Coil (MC) cartridge with an exposed cantilever design.  It reduces unwanted resonance and vibration, delivers high levels of gain and outstanding musical detail during playback. 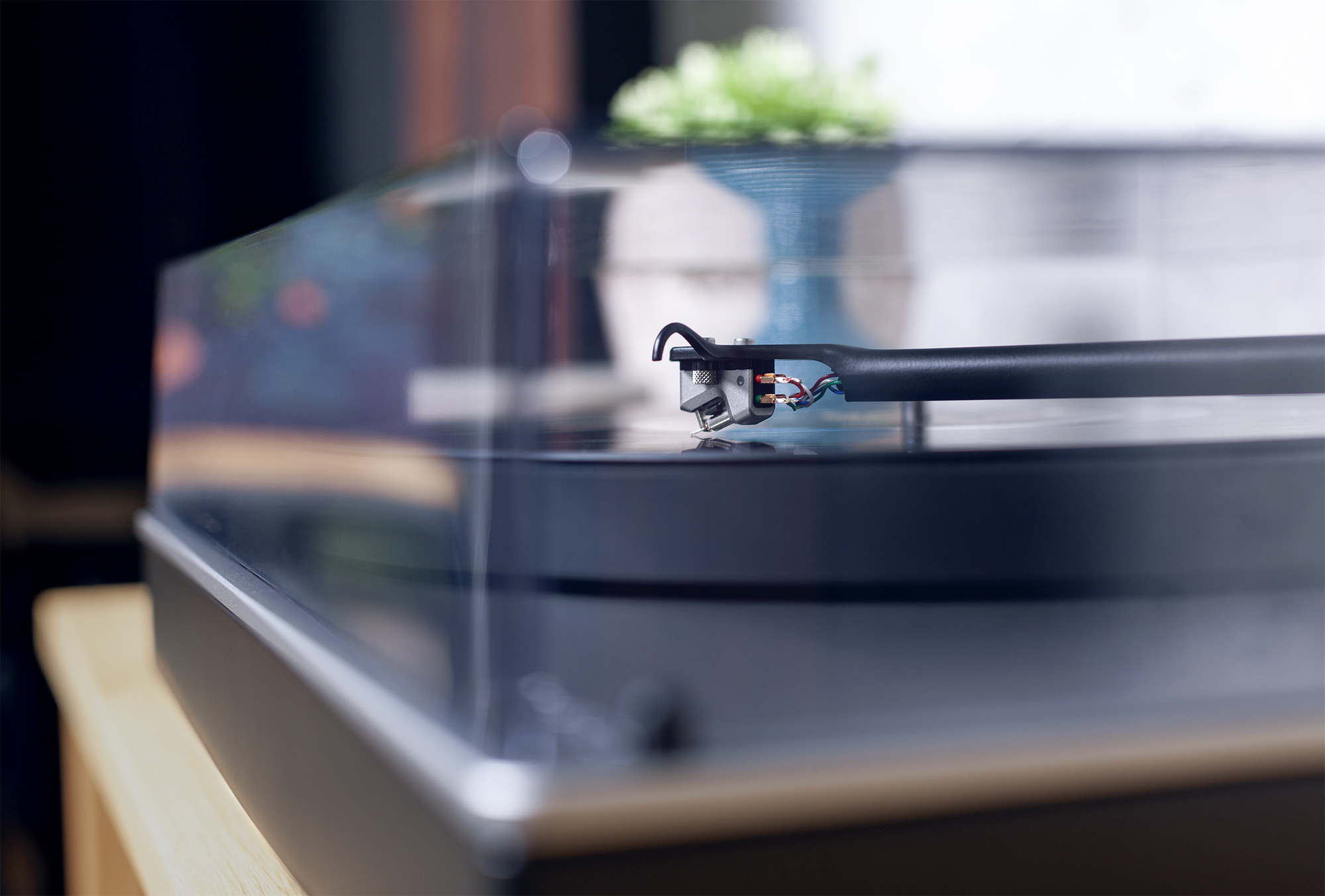 Your records are your prized possessions, so we include a detachable dust cover with the Alva TT to protect whatever your spinning. 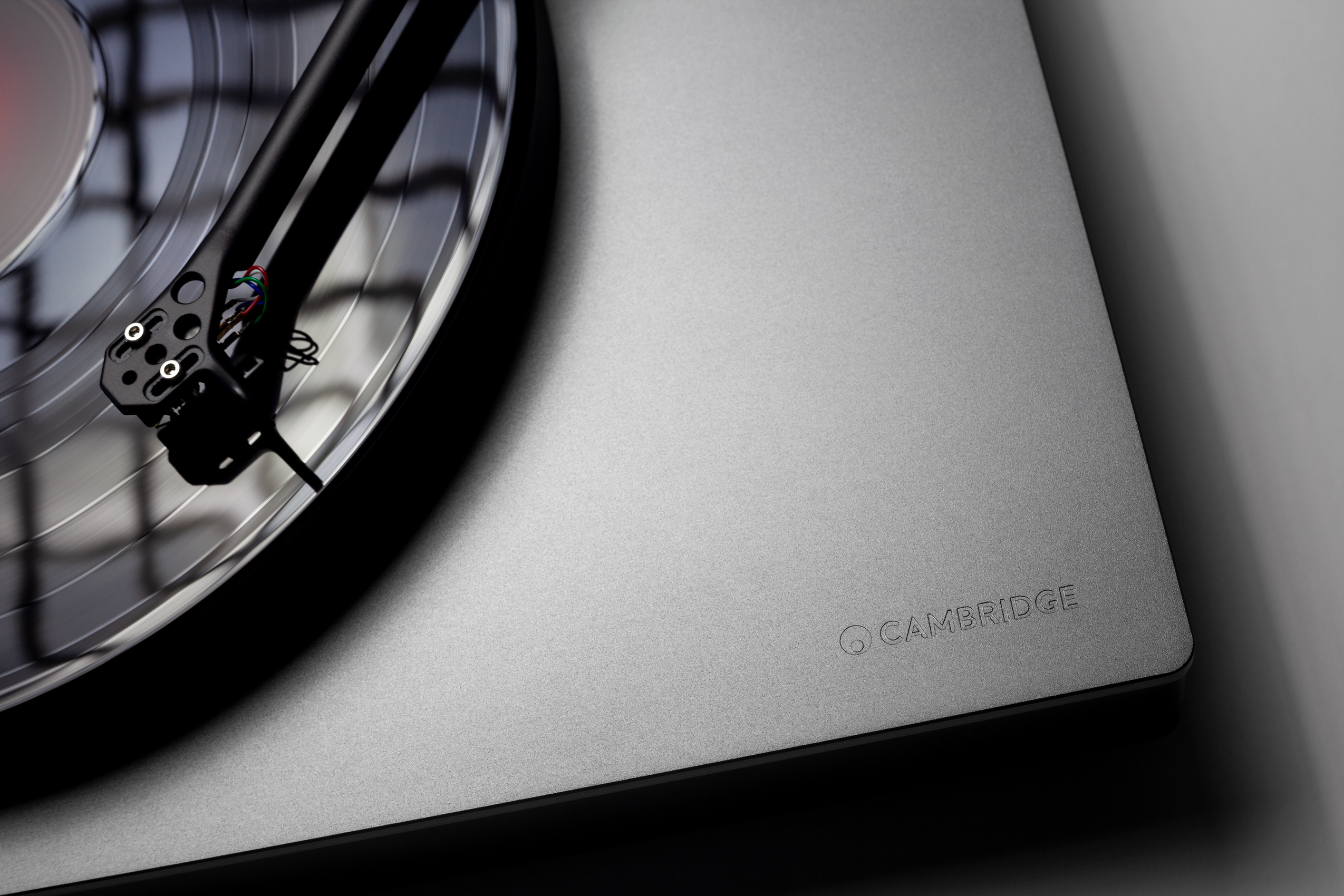 Rather than go for a Belt Drive system with the ALVA TT, we opted for a medium-torque Direct Drive. Over time, the elastic used on a Belt Drive turntable can stretch and will need to be replaced. As a result of this wear, Belt Drive turntables traditionally have a less accurate playback speed than their Direct Drive cousins. This isn’t a problem on the ALVA TT – it has just 0.06% Wow and Flutter. This means a far better pitch stability – particularly during longer, more sustained musical notes. 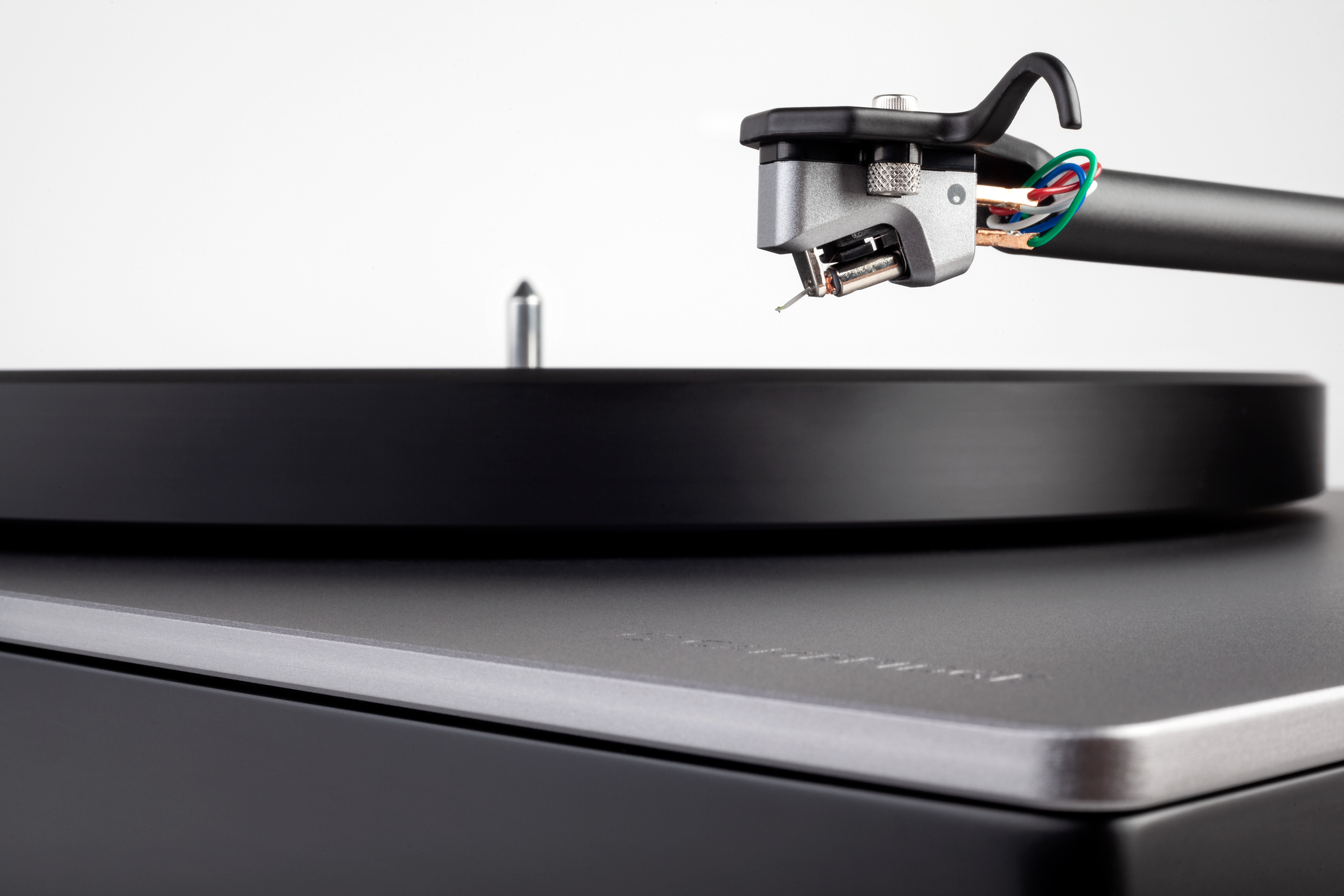 Complimenting the Direct Drive motor, the platter on the Alva TT is both dense and heavy. It’s made from Polyoxymethylene (POM), an high-tech engineering thermoplastic used in precision parts requiring high stiffness and excellent dimensional stability. The weight of the platter, coupled with our medium torque Direct Drive motor, ensures excellent speed stability during playback of your records. 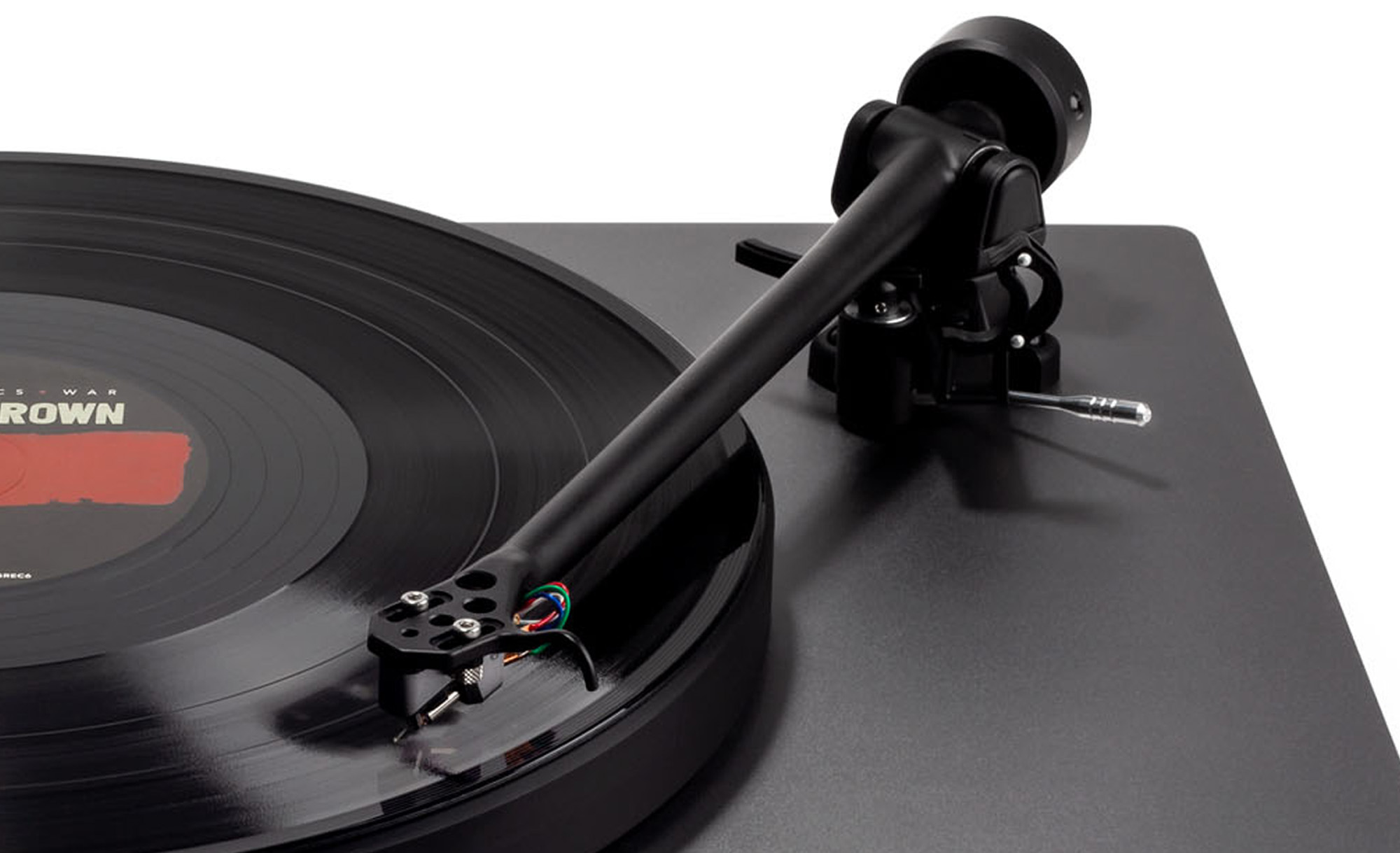 The Alva TT uses a classic British-made one-piece tonearm. There are no joints, giving it the best possible grounding for the cartridge and offering extremely low friction.

It’s designed to retrieve the maximum amount of sonic detail from the cartridge and therefore your records.

Cambridge Audio is celebrating its 50th anniversary in style. The British company, known for delivering high value in high-end audio, has released a slate of new products promising that “great British sound.” Perhaps none is more appealing than Cambridge Audio’s new Alva TT turntable.The  Alva TT offers features and functionality that are rare at the price, including a built-in phono stage, direct drive and Bluetooth connectivity.It’s the only deck at the time of writing to offer aptX HD Bluetooth support. That means you can stream your vinyl to compatible wireless products in hi-res 24-bit/48kHz.Named after Thomas Alva Edison, inventor of the phonograph (the first turntable), the deck has a solid piece of aluminium as its top plate.

Bluetooth turntables have become decidedly fashionable of late, picking up popularity on the back of the vinyl revival. It sounds like an awkward marriage of old and new technology, but it’s undeniably convenient. Rather than investing in a full hi-fi system, all you need is a turntable and a Bluetooth speaker or wireless headphones. You can then submerge yourself in the warm fuzzy glow of vinyl.

The Alva TT is a direct drive design. That’s unusual at this price point, but it promises a number of improvements over belt-driven designs, including speed stability and accuracy. Unlike direct-drive DJ decks, which have high-torque motors to get a low-mass platter spinning at the correct speed as quickly as possible, Cambridge has deployed a medium-torque arrangement to move its high-mass platter. The company insists this results in better pitch stability than any belt-drive alternative - and it’s mated the drive system to a chunky plinth, all the better to absorb unwanted vibrational energy. The Polyoxymethylene platter (a material chosen for its rigidity and density) is spun using a medium torque motor to aid smoothness of motion.The deck comes with a Rega-sourced tonearm and high output moving coil cartridge. The arm is fixed, while the phono stage (based on the Cambridge Audio highly acclaimed Duo) is built-in.

The Alva TT’s base is machined from a solid block of MDF (medium density fiberboard). MDF is often used in speaker cabinets because of its density, sturdiness, and ability to deaden vibrations. The top of the turntable’s base sports a 6mm sheet of painted machined aluminum.

The platter is the platform that vinyl records spin on, and its composition has a significant sonic impact on vinyl playback. Stiffer and more uniform materials improve bass, sound stage, and dynamics. Cambridge Audio says that POM is a high-tech engineering thermoplastic used in precision parts that require high stiffness and dimensional stability.The cartridge itself is an exposed cantilever design, which cuts down on unwanted resonance and vibration that can be the downside of enclosed designs.To isolate the Alva TT’s platter from motor vibration, Cambridge Audio added foam dampening pads to the underside of the base. The heavy platter also helps in that effort.

The Alva TT presents recordings as a coherent and convincing whole rather than as a disparate collection of individual sounds.The way the Cambridge Alva handles the midrange is particularly impressive.The Alva serves up a weighty helping of bass, but also plenty of texture and definition here, too - it's a grown up, mature sound.It is particularly impressive that the Alva TT manages to muster.the well-judged levels of attack and drive it delivers.

The fact it’s able to stream wirelessly to a 24bit/48kHz aptX HD standard makes it number one in a field of one. No other record player is as friendly or adaptable, and no other record player will fit in with your wider lifestyle so seamlessly. Not everyone has space for lots of boxes in their audio system, and achieving the same sort of set-up from a traditional deck could mean a lot more hassle.

The Alva TT is nothing short of a great turntable, distinguishing itself as a consistently warm and smooth performer with good detail and resolution.